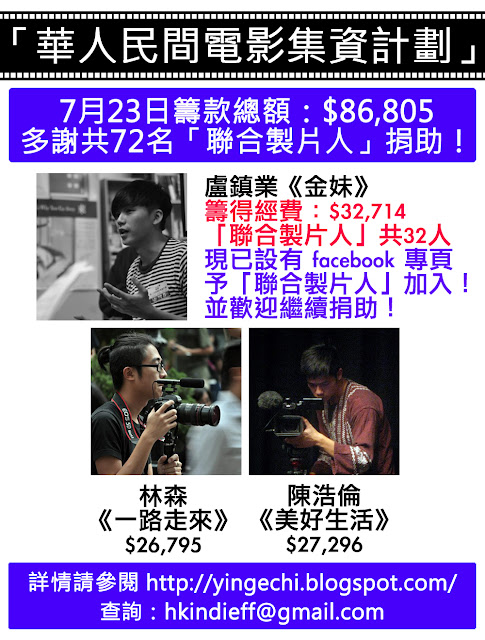 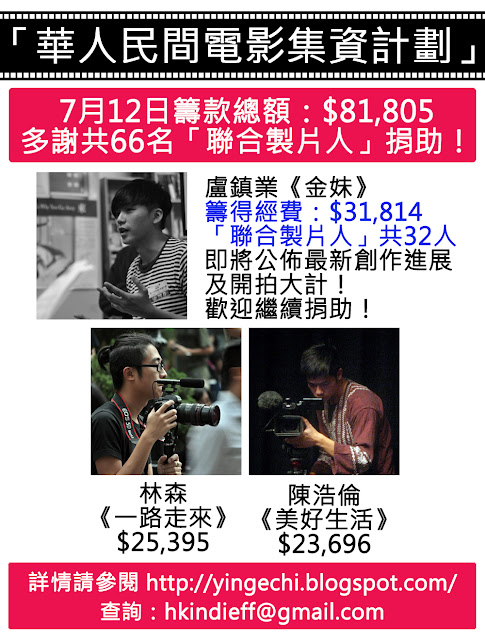 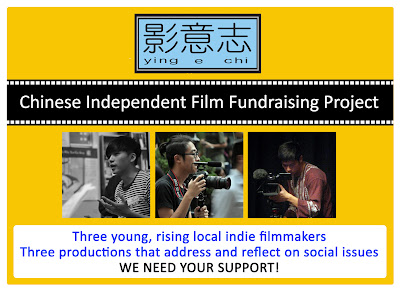 
Across the arts, creativity often finds itself surrendering to the will of investors or granting organizations. Films produced under such conditions have the tendency to pander to mass-market tastes and valuations, and often lack the critical apparatus required to address crucial social issues. In this current model, consumerism becomes the arbiter of taste, and viewers searching for complex and groundbreaking work find themselves with regrettably few choices.


We believe that the nature of film necessarily extends beyond product placement and mainstream culture. Across the Hong Kong film industry, there is an obvious lack of representation and reflection on contemporary real-world issues, and in those few films that do reference social issues, it is done so in an extremely superficial way and the issues are relegated to the background of the story. We believe that independent films should exist beyond the unifying trend of mainstream productions and investor dividends to address and reflect on a range of social issues.


With this vision in mind, the “Chinese Independent Film Fundraising Project (CIFFP)” has been established to promote the work of young filmmakers. Funds raised through the project will allow each artist to produce a short film, and the project’s ultimate goal is to bring together people with a shared vision in working towards a more vibrant local visual culture, and at the same time to provide audiences with an alternative and to enrich the scope of locally based film projects.


Your support is vital to creating this community and to forwarding the work. The inaugural group of filmmakers includes Lo Chun Yip, Lam Sam and Chan Ho Lun. Each film requires at least HK$30,000 to cover production costs. The deadline for this first round of fund raising is 15 October 2012. By 30 November 2012, the filmmakers will each have produced a short film that runs at least 15-minutes long.
Individuals interested in participating in the Fund are encouraged to invest any amount of money in one of the film projects. For any amount of HK$300 or more investors will receive a “co-producer” credit on the film, and all co-producers will be invited to join the premiere of the film that they sponsored and will receive a DVD (including all three shorts), if sufficient funds are raised to cover the cost of producing the DVDs.

Through the story Sister Kam, Siuyea Lo portrays the environment of “lower-class” workers. By combining the genre of feature film and documentary, Lo allows the characters to speak directly to the camera and interpolates human labor within the city space. In the work Lo is never a passive observer. He actively participates in the scene, subverting the relationship between his role as director and the actors in the frame.

Director's Biography: Lo Chun Yip (b. 1986), graduated from the School of Creative Media of City University of Hong Kong in 2011. Since 2008, he has directed several short films, including Deep in Mind, 21 Years After, and To Be Continued. His latest work Days After n Coming was selected for the Hong Kong Independent Film Festival 2011-12 and the 36th Hong Kong International Film Festival.

Don’t Look Back in Anger by Lam Sam

Now entering their twenties, Deery and Wah B are unsatisfied with their daily lives and concerned about becoming slaves to their office jobs and a future mortgage. Not long after renting an apartment with their friends in Kwun Tong, Wah B disappears and Deery, accompanied by a group of friends, embarks upon a desperate search for Wah B in a surrealistic, industrial section of Hong Kong. Lam utilizes the mockumentary form and a non-linear narrative to highlight the social networks in the industrial area and the lives of the musicians who reside there.

Director's Biography: Lam Sam (b. 1985) is a passionate filmmaker, music lover, and social activist. Since graduating from the Department of Directing in the School of Film and TV at the Hong Kong Academy of Performing Arts, he has worked as a freelance video artist. His video works include Queer’s Pier (2007), Travelling in Dream (2008), Day After Night (2009) and his graduation work Drifting (2011). He is currently working on a new documentary Begin with a Step (selected for the CNEX 2011 Short Documentary category).

La Dolce Vita is adapted from the true story of an Indonesian domestic helper who is working in a middle class family home. The main action of the story revolves around the 400 sq. ft. apartment and the natural tensions between the generations of family members and the domestic helper. The drone of daily life meshes with daily squabbles, which gradually builds into a conflagration and the film’s climax.

Director's Biography: Fredie Chan Ho Lun (b. 1984), graduated from the Department of Cultural Studies at Lingnan University in 2006. He worked as an editing director in the Section of Current and Public Affairs of RTHK and now focuses on independent filmmaking. His documentary works include Good Luck, Comrades! (2009), Family Burdens (2009), The Anti-XRL Campaign - Media Perspective (2010), and Poor and Destitute (2011). He has been involved in the development of feature films since 2011.

Step One: Payment can be made via two methods:

Please provide (1) filmmaker’s name; (2) your full name; (3) cell number; and (4) payment method.
If paying via ATM, please attach a copy of the receipt.

Step Three: A confirmation email will be sent to you after payment is verified.

Step Four: Eligible “co-producer” will be asked for permission for listing his/her name on the Ying E Chi Facebook page and website.